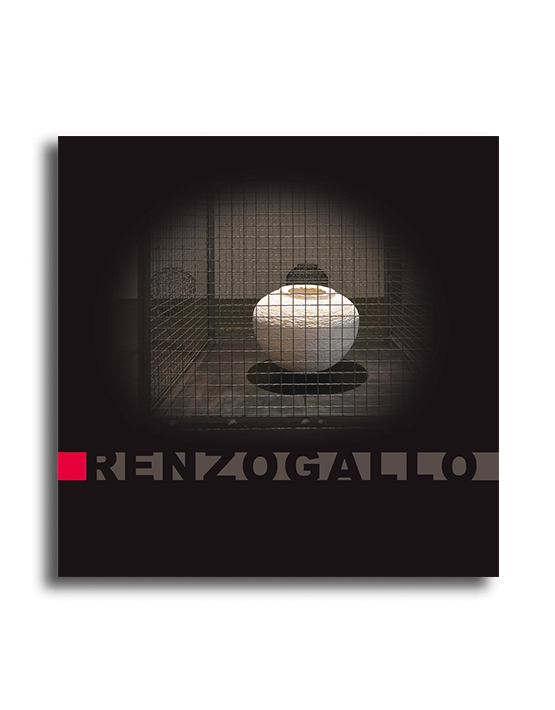 This book/catalogue examines the work of Renzogallo since 1986, the year in which his artistic language shifted in comparison to the previous two decades. The “Odysseus” and “Bersagli” cycles provide new types of work, bear witness to a renewal closely related to the thinking of the period, and demand unprecedented approaches from the artist. The book also documents a large part of the artist’s prolific output of installations, in which the spatiotemporal nature of the work presents interesting solutions and which, above all, underline Renzogallo’s determination to contend with the environmental dimension, which would later became the specific focus of his research. The book includes works produced in recent years, the result of an increasingly pronounced freedom of composition, rich in historical and cultural reverberations and immune from facile worldly concessions, and increasingly affirmative of their place in the ethical spirit of the present age.

(Lorenzo Gallo, Rome, 1943). After studying Fine Arts in Rome, in 1964 Renzo Gallo moved to Spain, and in 1966 to Paris. Back in Rome, in 1967 he founded the experimental group “Teatro Immagine”, and at the same time embarked on an artistic journey which, from the outset, was characterised by an intense relationship between material and colour, and between art and architecture. In 1970 he drew attention with his project for the Italian Pavilion at the Expo 70 in Osaka. Since 1969 he has taught painting in Art High Schools, and later also in academies and universities. In 1978 he presented a large-scale installation at the Galleria Civica in Modena; this was followed a year later by another in the Palazzo dei Diamanti in Ferrara. Installation becomes a constant in his work, using a wide range of materials such as rice paper, clay, wood, metal mesh, glass, steel cables etc. With numerous exhibitions since the 70s, he maintains independent relations with individual artists and the various groups working on the Italian art scene in recent decades. He has created valuable collections for a number of museums in Italy and abroad, as well as public and private commissions, including monumental projects. A major anthological exhibition in a public museum is planned for 2018.