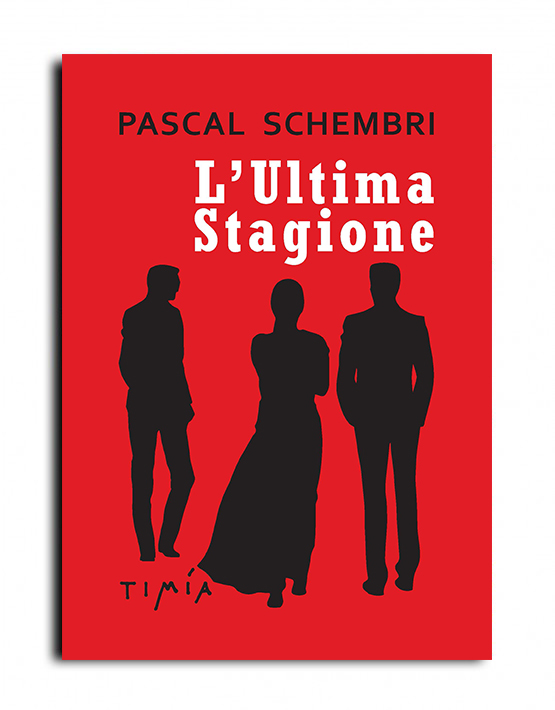 Between sentimental thriller and intimist drama, L’Ultima stagione is the season in which hope is gone, after a life full of occasions and successes, but also struggles and delusions. The season in which Corrado no longer dares to believe, and which a deus ex machina, in the form of his affectionate daughter, offers him with quiet devotion, beyond the banality of everyday commonplaces and the prejudices of a society destined to see its own rules subverted. The lives of Corrado and Keldi run on parallel tracks, seemingly irreconcilable yet finally coming together in a coincidence driven by events which neither could have avoided. This story could have become a fairy tale but instead it is sucked into the vortex of human error, revealing the substance of a life worth living in spite of challenges, deceit and small-mindedness. Among desires and impulses, the truth never has a single face.

Born in the Italian province of Agrigento, Schembri has lived in Paris for over thirty years. An unusual figure on the international publishing scene, he is an amazingly prolific author who has worked with several publishers in France and Italy, attracting attention and reviews in major titles including Le Figaro, Le Monde and Corriere della Sera and numerous awards and prizes, including the sought-after Premio Telamone in 2014, the Pergamene Pirandello prize in 2015 and the Premio Letterario Internazionale Itinerante in 2015. A close observer of reality but also the human inner life, he coins new terms to speak of love, cruelty, domestic violence and crime as he focuses on artists like Marilyn Monroe or Edith Piaf. His books include Perché gli uomini picchiano le donne, 2007 (France 2006); Amnesia d’amore-Un altro Faust, 2009 (France 2010); Mario Monicelli-La morte e la commedia, 2013; Femminicidio-Loro si sono salvate, 2014 (Italy 2014); Marcello Mastroianni-Lo spessore della trasparenza, 2016.